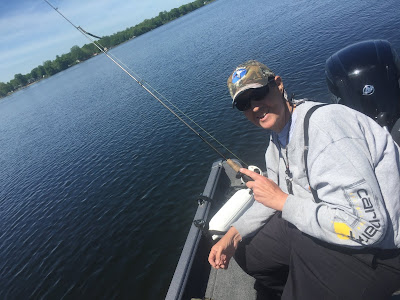 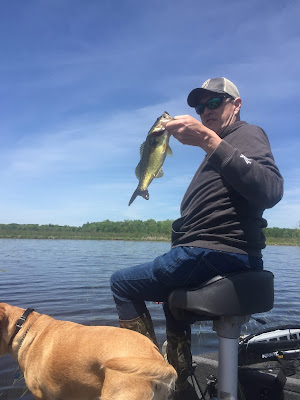 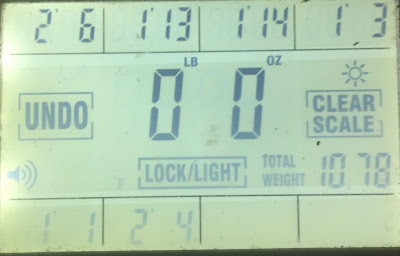 I got to the GOMH later than I wanted to.  Missed a bite in the tube on Crackle. Got a good jumper on the NE side on a craw tube.  Didn't get a bite on the SW side surprisingly.  I talked with Panfish Guy for a while who was catching and keeping some dink bass.  So that is what I probably missed in the tube.

We launched out of NE Sullivan and headed for my run from the 2nd bout in at the SPRO.  I had a Big Sexy stolen promptly. Had a number of boils but the fish were just batting at it. Smitty missed something on a chatter jig.  I got a pike over by this year's juice on Big Sexy. Finally, I had a Platte Special choke Big Sexy up by shore as we started down the Westside. Smitty converted on a 13-incher. I may have gotten one more.

Next, we moved to SPSI, nothing. Nothing at NPSI.  There were a ton of boats out fishing today. Next, we went to Channel Inn Bay.  I got a couple fish on the first pass, so we went back through and that is when we got the double. Spike got big bass of the trip; It toilet flushed the Snag Proof.  We ended the trip shortly after that so the boys could head to Mille Lacs.

I headed to the Lake Place and ran some Seafoam through.  Boat continuing to lose power at the top end.  Barely got to 12mph.
Posted by Basspastor at 2:05 AM