There was a high school tournament with 35 boats fishing it on the lake today from 7AM to 1PM.  I got to the GOMH later than I wanted and didn't get a bite with the traffic moving through.  Then I forgot my water and had to go home to pick that up.  Nature was also calling.  When I was getting my stuff in the Trophy only 3 boats came to our bay.  I think the boat that started out on the point on the reeds across the way hooked up, but I couldn't tell if it was a pike or a bass.

I headed to the North End of the lake.  There was a boat fishing tight to shore on Big Bass Point heading West.  Nobody else in the whole of Inlet Bay.  I pulled in to the North of Double Cane Point.  Almost immediately I had a 15-inch bass in the boat on the Bobby's Perfect. It wasn't that easy after that.  I had a 15/16 throw the Sprinker back at me in the reeds. The 16.25" showed me where he was holding in the cane and I caught him.  Right after that I missed a better fish also holding in the cane edge.  The one boat that was by Big Bass Point went over and fished the NW Juice for a while as did another boat.  I saw a couple boats fishing over towards Chuck' Point at different times in the morning.  Nobody came into look at the starting spot, double cane, or Dennis' Flat.  One boat did fish in the junk in the SE corner of Inlet Bay working their way to the  NE corner where the rice and reeds meet.  I caught a 15-incher on the rice/reed line out front of the starting spot.  That was all I got at noon when I headed in so I could catch the weigh in. 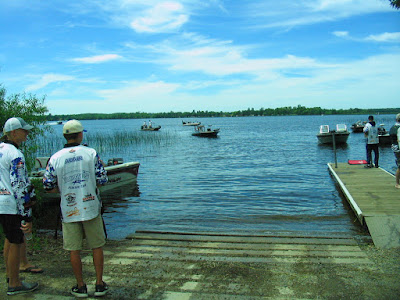 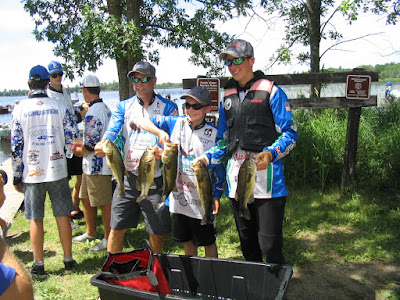 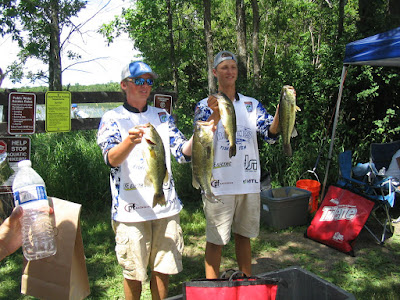 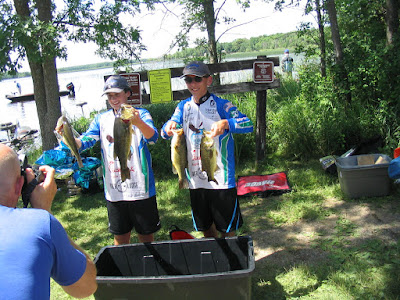 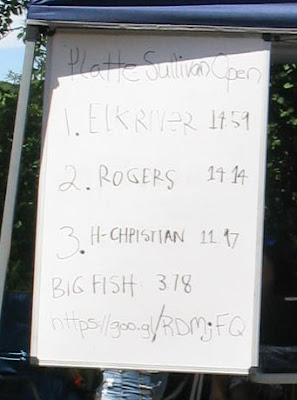 My notes at Fish Swami say that I had some bad luck missed blow-ups and that I caught 4 Bass and 2Pike.